Analogies for Plural, Multiple & DID Systems

This article is a Stub.

This is a very formal rather than casual analogy, that goes many layers deep and ties into United Front self-help materials by the Crisses.

We have we modeled our internal world after a spaceship to follow this model/analogy. In this analogy, your body is a human mecha (an organic robot vehicle) spaceship interacting with Human Space (the external world). Your inner world is regarded much like a spaceship (picture Star Trek or similar), your system are the residents of the spaceship.

This analogy counts the importance of the shared body in terms of it being a life support vessel for the residents, and how the body is experienced externally and internally. Residents can't just up and leave the spaceship or they'll be without life support — though this analogy does account for brief forays out of body for those who experience such things (an "away team" or someone in a space suit with a pressurized suit and a tether so they don't detach from the ship being somewhat analogous to the "Silver Cord" of some astral travel philosophies).

Other language from oceanic vessels and spaceships are used in this analogy, such as "onboarding" being the process of bringing on new passengers whether stowaways to passengers, or new passengers from wherever one gets these things (creating them, introjecting them, etc.). "Recruiting" is the process of taking passengers and training them to be crew. And crew can be promoted to be officers.

This analogy doesn't place system kids in any group in particular: system kids can be any of these cohorts of ship resident. System kids in recovery or who do not have any particular skills and are busy being children would be passengers, where other system kids may be stuck/lost (stowaways), be highly responsible in-system with specific talents or skills they utilize to help out (crew) or they could be extraordinarily responsible, trusted with fronting, and amazing role-models (officers).

United Front self-help materials aim towards increasing internal community and collaboration, with a model of seeking to be hospitable and welcome new residents, be compassionate with stowaways and hopefully help onboard them and get them system services like proper childcare, a buddy system (an in-system friend/mentor/escort) for new system members who can show them the ropes and keep them out of harms way while they get acclimated to life in the system.

The Car Analogy for fronting

Some people liken being in a car as an analogy for fronting and how folk in the system relate to being "in front". In this case, the body is likened to a car.

In this scenario, conversations between passengers in the passenger compartment would be co-consciousness or internal communication. The analogy breaks down because the person in the boot, however, has no opportunity to exert passive influence on the driver.

The Orchestra Analogy for System Harmony

A system may be seen as an orchestra, with all the members playing different instruments or seats in the orchestra. "Front" might be likened to a soloist, say the first flautist. And things work much better if the other flautists are softly playing counterpoint than if they're playing their own tunes.

When a system is in chaos, everyone's playing a different song; it's all in disarray, clashing, literally discordant. 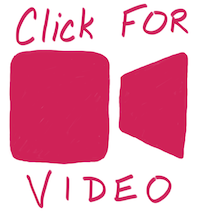 Row, Row, Row Your Boat
- syskid safe,
the last part is the song
in a 4-part round..
See our Privacy Policy New
for why we won't embed videos. %

A more functional system has a fronter playing melody, cofronters playing counterpoint, while the rest of the orchestra is playing supportively.

In the analogy the background system would likely be the conductor counting the beat. When doing well, a band may not even notice it — and when in disarray it's likely everyone's going against it.

With functional multiplicity, a system can make beautiful music together. Taking turns fronting can be like playing Row, Row, Row Your Boat in a round.

The Treasure Chest Analogy to explain DID to someone new

by the Schrödinger's system

When you meet a new person who isn’t plural, they are opening up like a treasure chest and let you see their gifts. In the beginning you only get to see the top layer, the things they want you to see, but as time goes on and you win their trust, you can dig around in the chest a bit and discover more and more treasures.

If you’re patient, kind, accepting and appreciative of the treasures you discover, other small treasure chests may open to you, allowing you to see more treasures.

If you are unkind or judgmental, the treasure chest holding the smaller ones may slam the lid shut and keep you away from all the gifts and treasures it holds for good.

Happy to add more analogies please leave some ideas in the comments below.