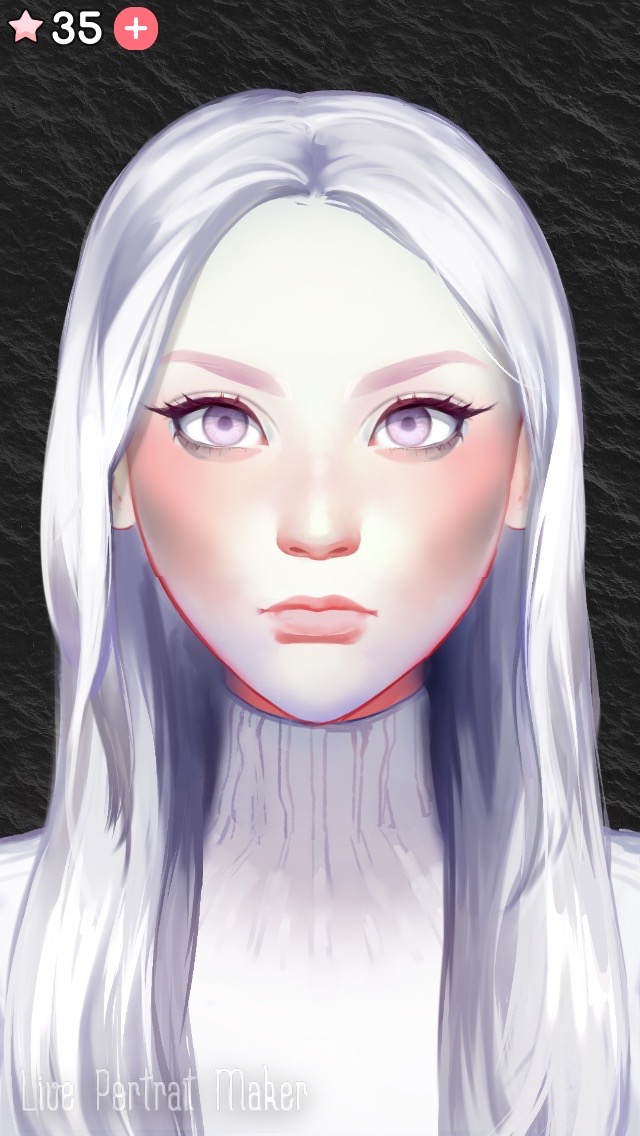 Female Melnibonean sorceress (hence potentially a "fictive"), about the equvalent of about 32 when she died. acts approximately her age. About 6' tall, 120-130lbs, with straight, white hair, down to or past her ankles. Pale white skin.

Song: These Dreams by Heart ("Figures up ahead, moving in the trees/White skin, in linen, perfume on my wrist...") and Self Control by Laura Branigan 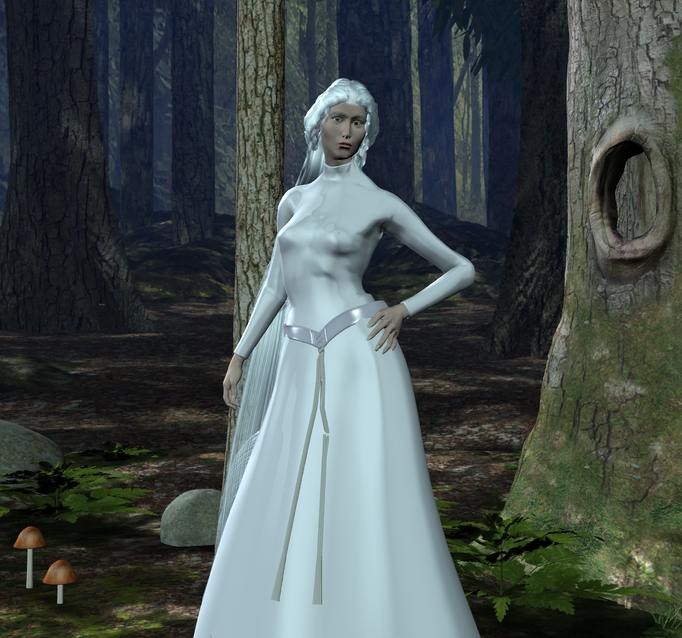 Almerissa would never be caught in a forest, but here's a depiction of her anyway

Self-identified as having been born in a past life in the world of Elric of Melnibone about 500 years in his past or so, off the Boiling Sea in a small kingdom in what would be called the Young Kingdoms. We had not read the books when we met her, and refused to read the books while she remembered everything she could from her past-life. The empire of Melnibone was distant and didn't hold much sway over them. Her brother, the king, would sometimes be called to court with the distant emperor.