Main Fronts of The Crisses

We do not expect people to remember this stuff, but this is basically a shortcut "highlights" list rather than stare at a hundred names. Because we're LegoCrisses, we can also have a tough time pinpointing people because the Front is a blend of many components at any given moment with components being removed or added on an as-needed basis. This one's skills with that one's moods with this other's interests. It can get messy when we get blendy, so we aren't always 100% certain who we are all the time.

We are much more likely to front as full individuals in a plural-safe environment.

We have a new therapist who is interested in a headmap to help keep track of who we're talking about or whom is fronting in therapy. So we created an abridged map that includes our frequent fronts and the folk we're most likely to be dealing with or discussing in therapy. So here's a totally abridged/edited map. 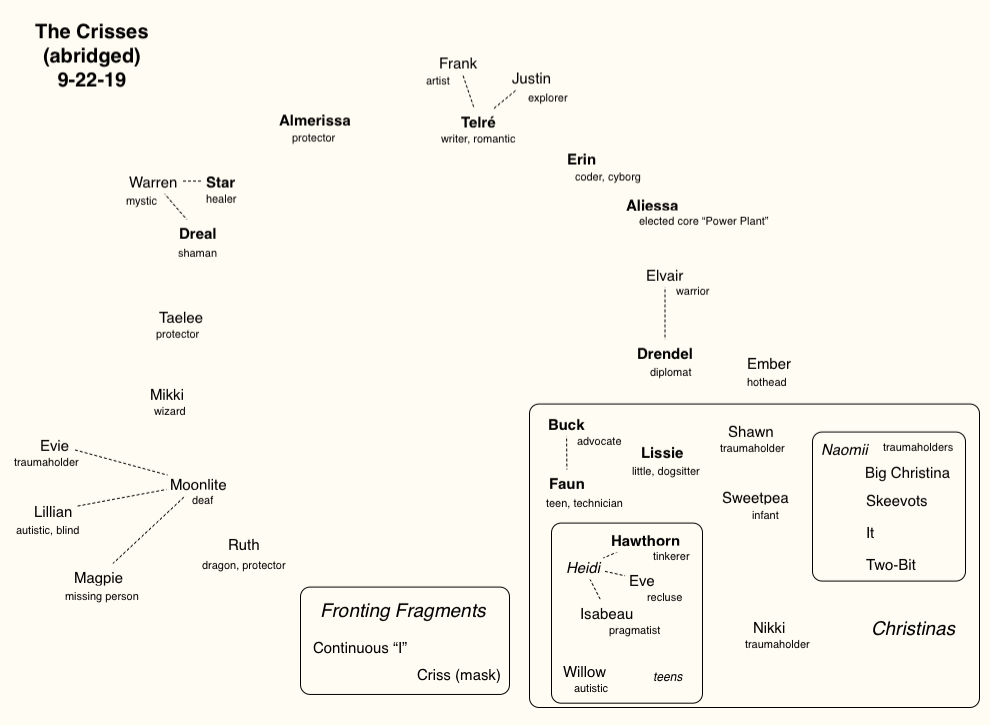 Main Fronts (often cycles through other folk for days, weeks, or months at a time) - Summer 2021 update

Others front as well, but not as regularly as the above.