These are our Headmaps. Some of these are older/outdated. But nearly every headmap is outdated as soon as you think it's done. The latest listing is at Who's Who of The Crisses.

This is the map for our change from an apartment/house to a spaceship that we started in 2018-2019. Subsystems have their own specific quarters, which are often entrances to separate pocket-dimensions or at least are climate-controlled crafted environments from their own memories or pasts, except the area called the Creche New which is all new buildings: the house New, the nursery New & the recreation center New (in progress as of August 2020). Another area added recently is called "The Engagement New" which is an elder circle of sorts in our head. Maybe more about that eventually — but essentially a skilled group who is making most of these changes with system-wide consent (such as creating the teen recreation center New). 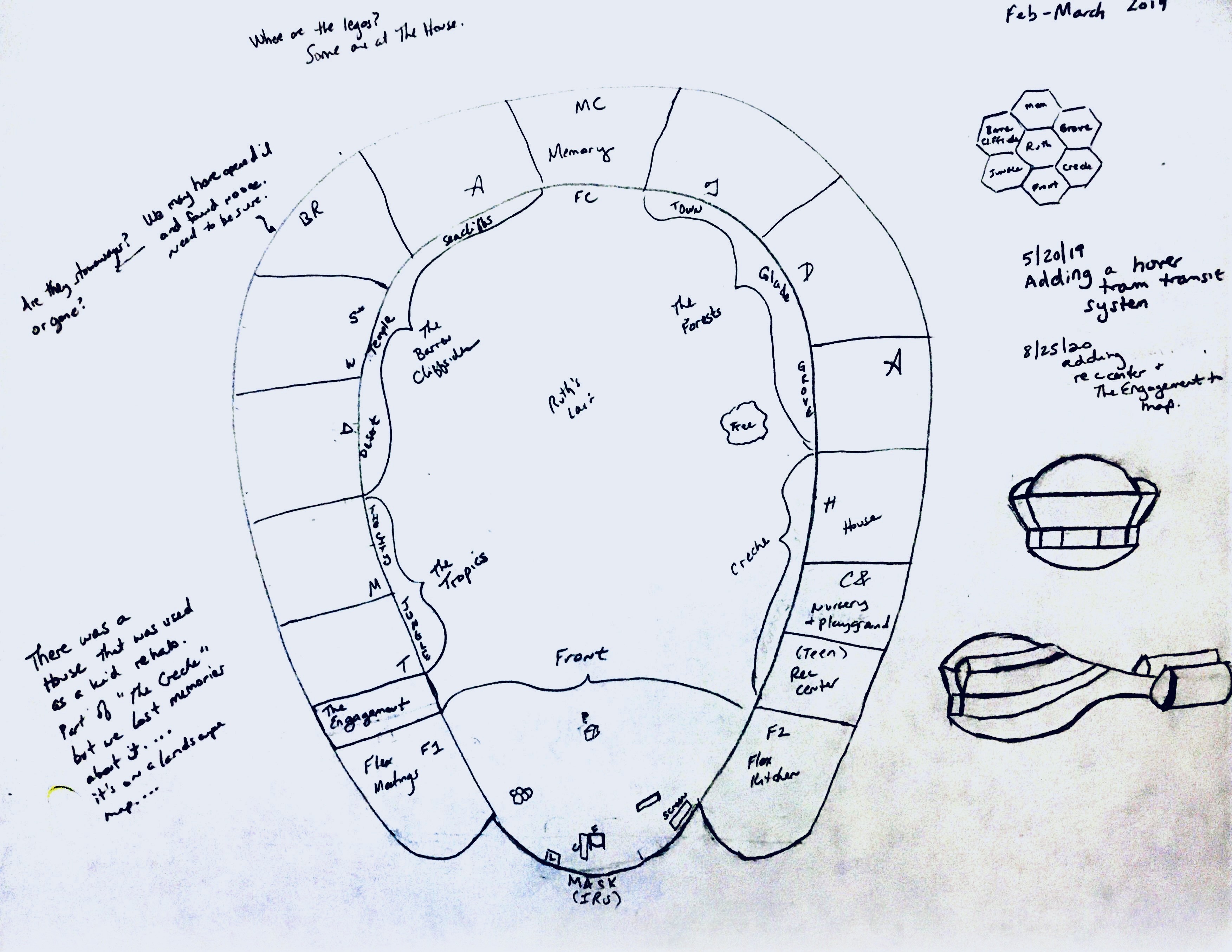 The image you see without clicking is our summer 2017 headmap. Yes, it's already outdated. 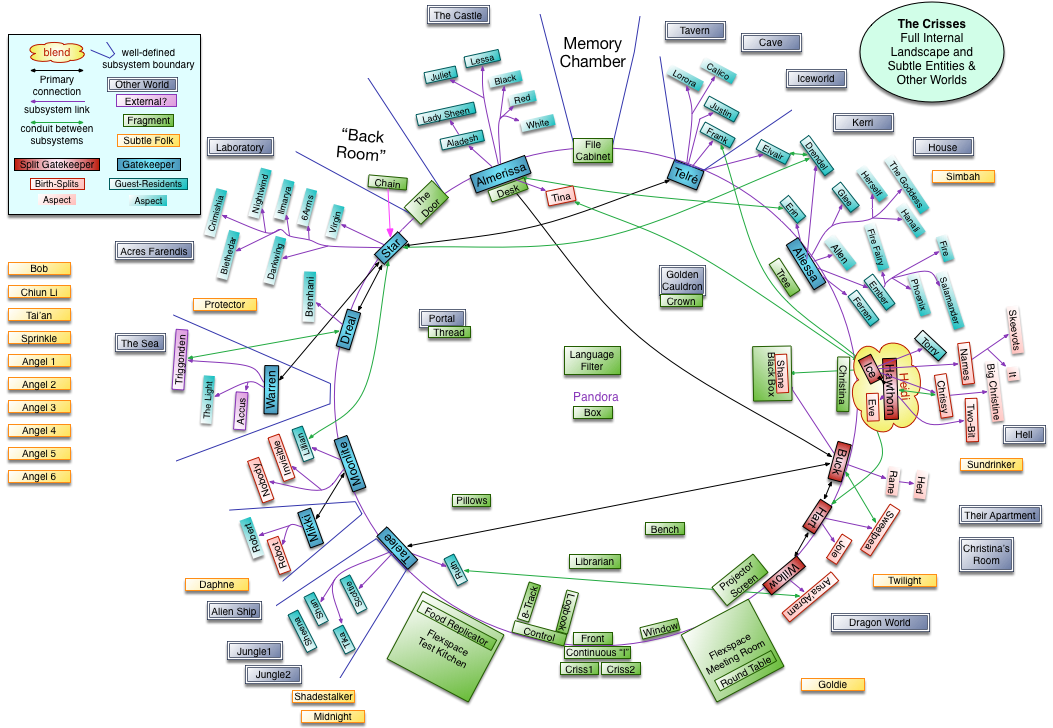 April 9, 2004 - preliminary 3d internal landscape (view of front room which has gotten much more complicated as people remind us of items and furnishings in it! For example, things from Frank's Comix are incorporated, as are things from a map we drew in 1986 when we first figured out we were multiple, stuff from shamanic initiations that now have residence in our system, etc.) 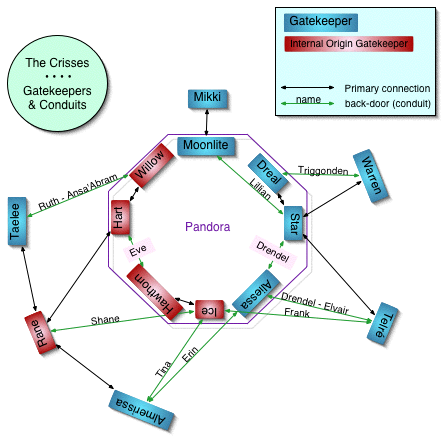 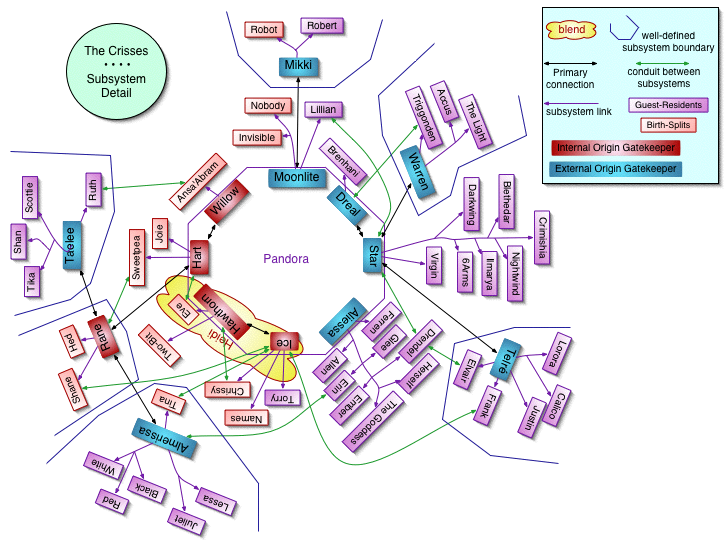 April 1, 2004 - Failed/stalled attempt to put Pandora "on the map" in a hub-spoke fashion — apparently our next attempt (above) was more successful. 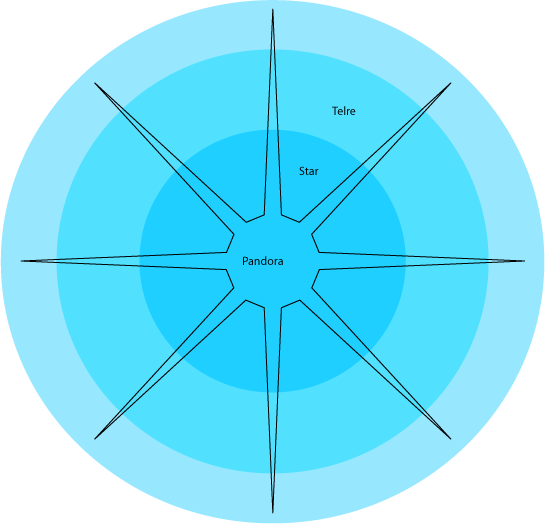 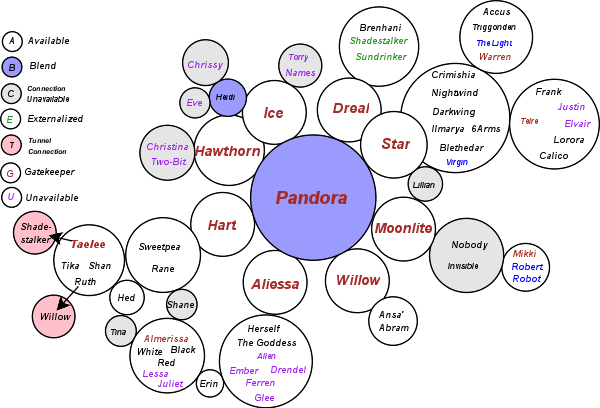 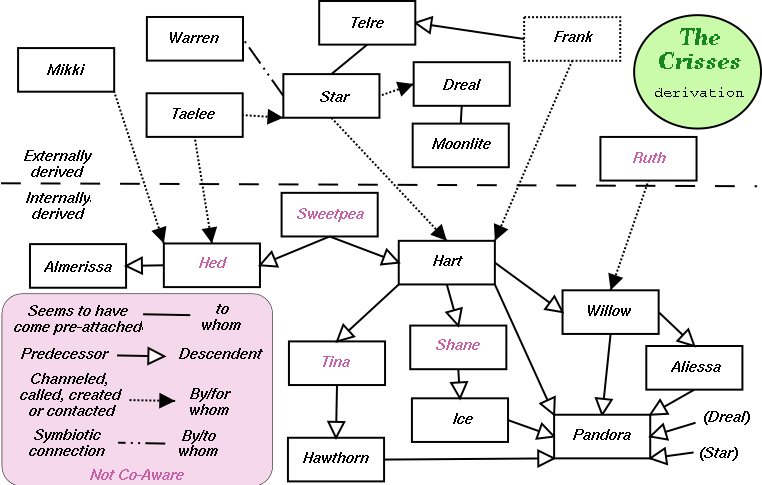 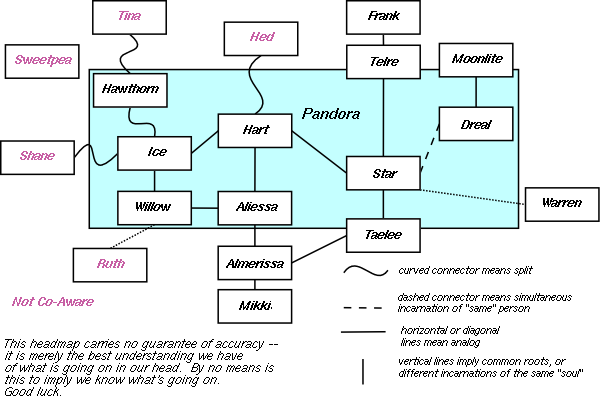 This next one seems to be dated for September 2002…looks like a condensed version with just "active players" and eliminating a lot of subsystems and echoes from the February 2002 version. 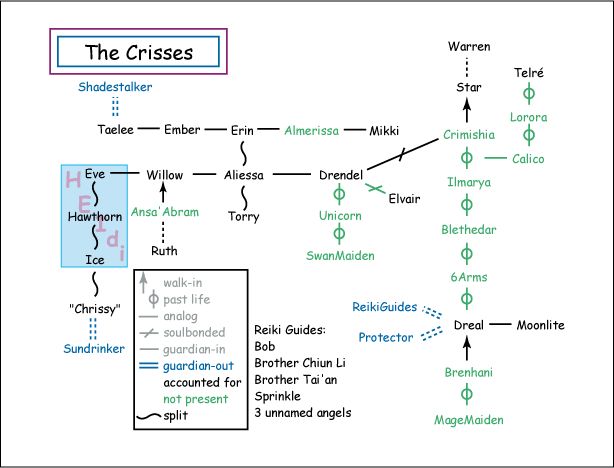 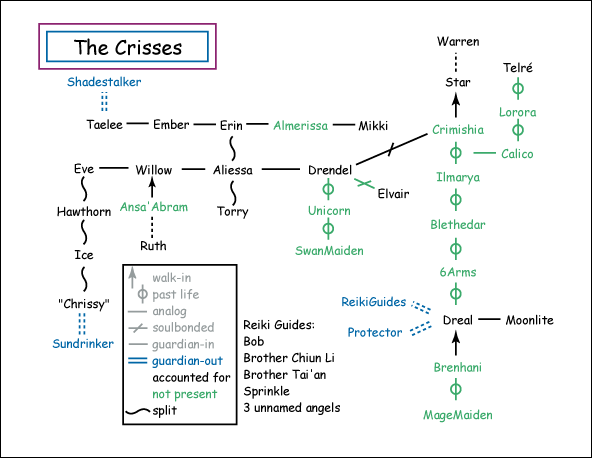 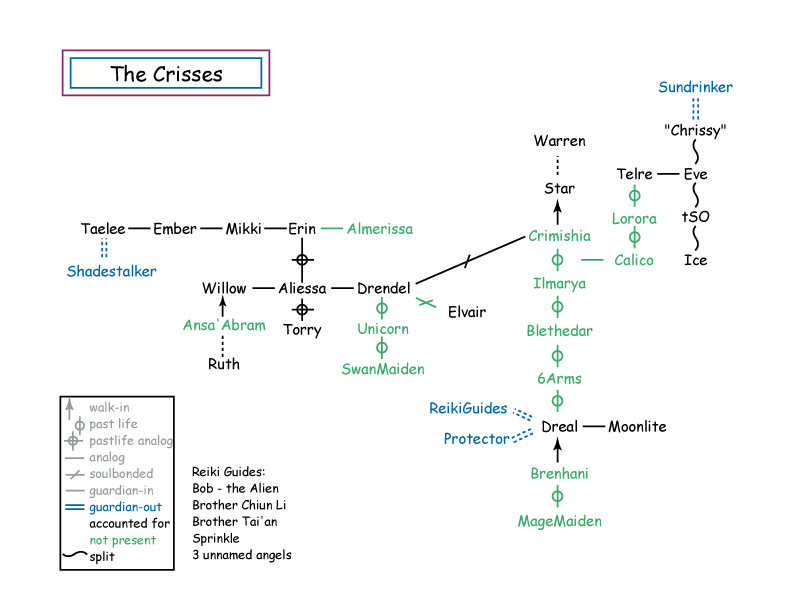 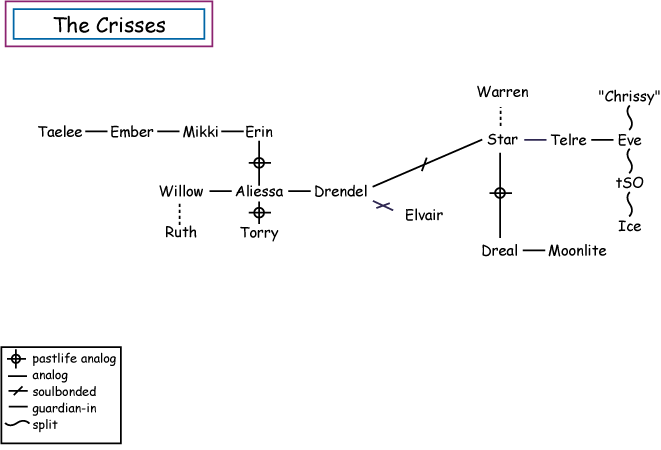 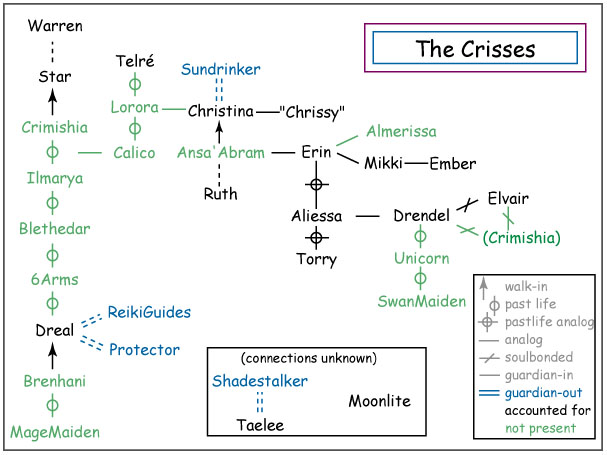 February 1999 - now for something somewhat different… 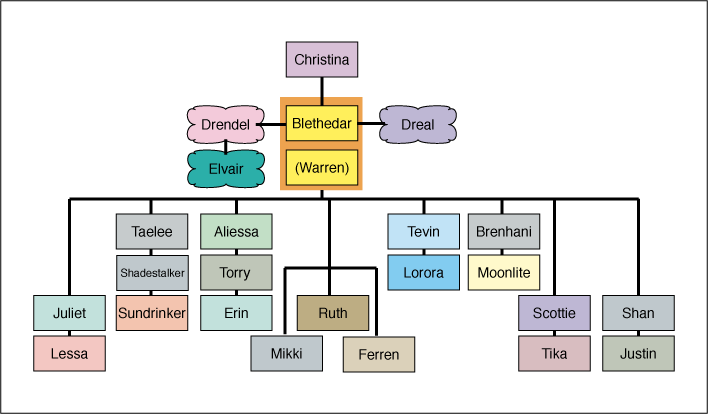 November? 1997 - Embroidering a headmap with silk, probably November 1997 (while pregnant) — the stankface is because most Crisses have a camera trigger. Automatically raises our defenses.

Will have to find the embroidered map (which was never finished) but I think this is what we were trying to embroider (caution: may be triggering with mystical symbolism) — though that may be our painted design? Attach:mystical_map.jpg

In the realm of amazing we could open the files… October 1996 — click to enlarge. 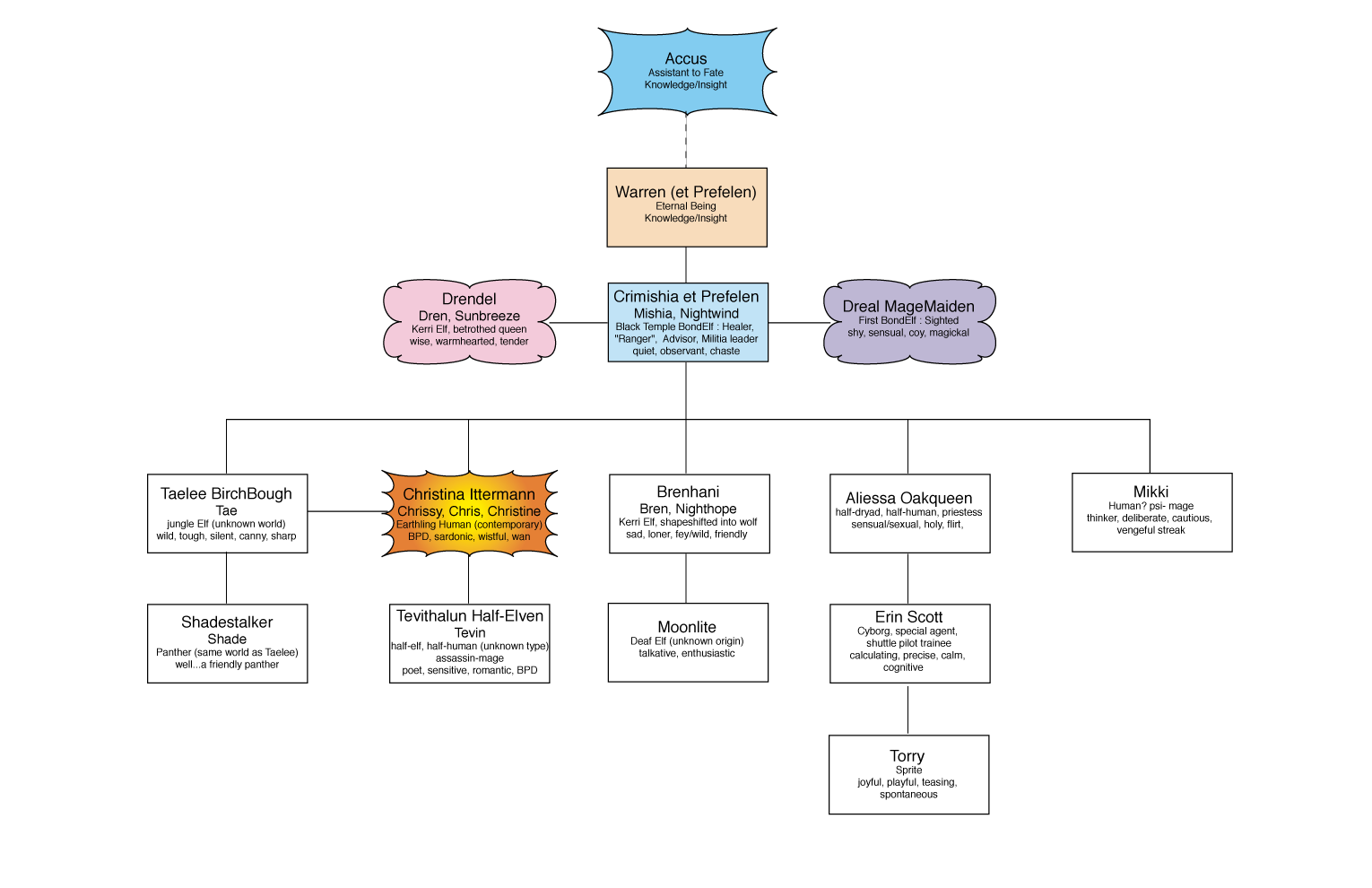 We messed up the dates on some of our files so they all say they're 2006. This is not 2006.... but couldn't tell you when (would have to figure it out) — some have people that have accidentally been dropped out of maps and need to be added back! They're still there. Shoot :)